A downloadable game for Windows, macOS, and Linux

"Reactant" is a fast-paced single-player game where you dodge obstacles to reach the end of each level. It's a very simple concept that is also very challenging and replayable.

This is for the ninjas. Speed and length increase with each level and the game gets ridiculously difficult. Calm your nerves and master your reflexes while collecting points in attempt to beat your high score!

Linux and Mac versions NOT tested. Please try before buying and contact me if you have any problems.

EXTREMELY late to the party, but I still have to say that this is game is PHENOMENAL. I absolutely love fast-paced obstacle games, and this game certainly made me develop a love for these types of games even more. Also, nice work on the sick beat, I was bumping to the beat for so long. XD

it is just way too fast paced...

A nice little game. Very polished, but not too many things going on, so it gets old a bit fast. Controls felt... laggy? Perhaps? It seemed like it took a bit longer than I expected to start moving left or right, but it could also be my imagination. Regardless, that feeling went away after a few minutes of gameplay, and I got into a nice relaxing groove.

The camera angle bugged me for a while, until I started ignoring the ship, and then it somehow became a lot nicer, likely because focusing on the terrain ahead rather than the ship made it easier to dodge the obstacles.

I think the biggest thing missing is some form of progression or reveal. There isn't really anything in this game to make me want to come back and do it again. I do like that you allow the player to immediately jump to whatever speed they want, but there isn't much in terms of goals or anticipation. Once you've seen 20 seconds of the game, you know what the whole thing is like. Introducing elements one at a time and adding more as you progress through levels might feel slightly better.

All in all, as a quick game, it was a fun way to spend 10 minutes. (And it looks really nice.)

Thanks for your suggestions and feedback! ;) 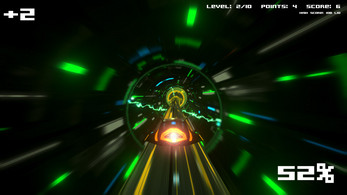 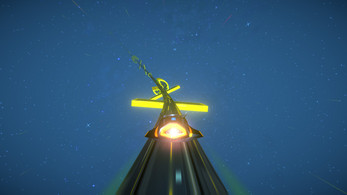 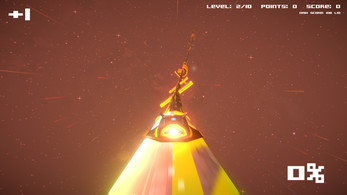 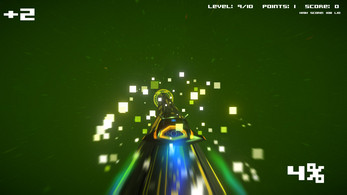 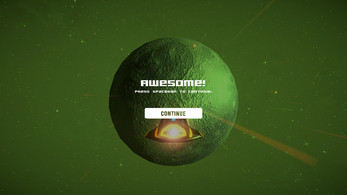 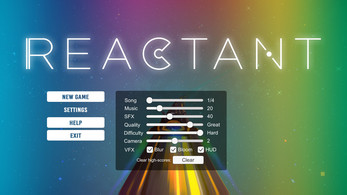